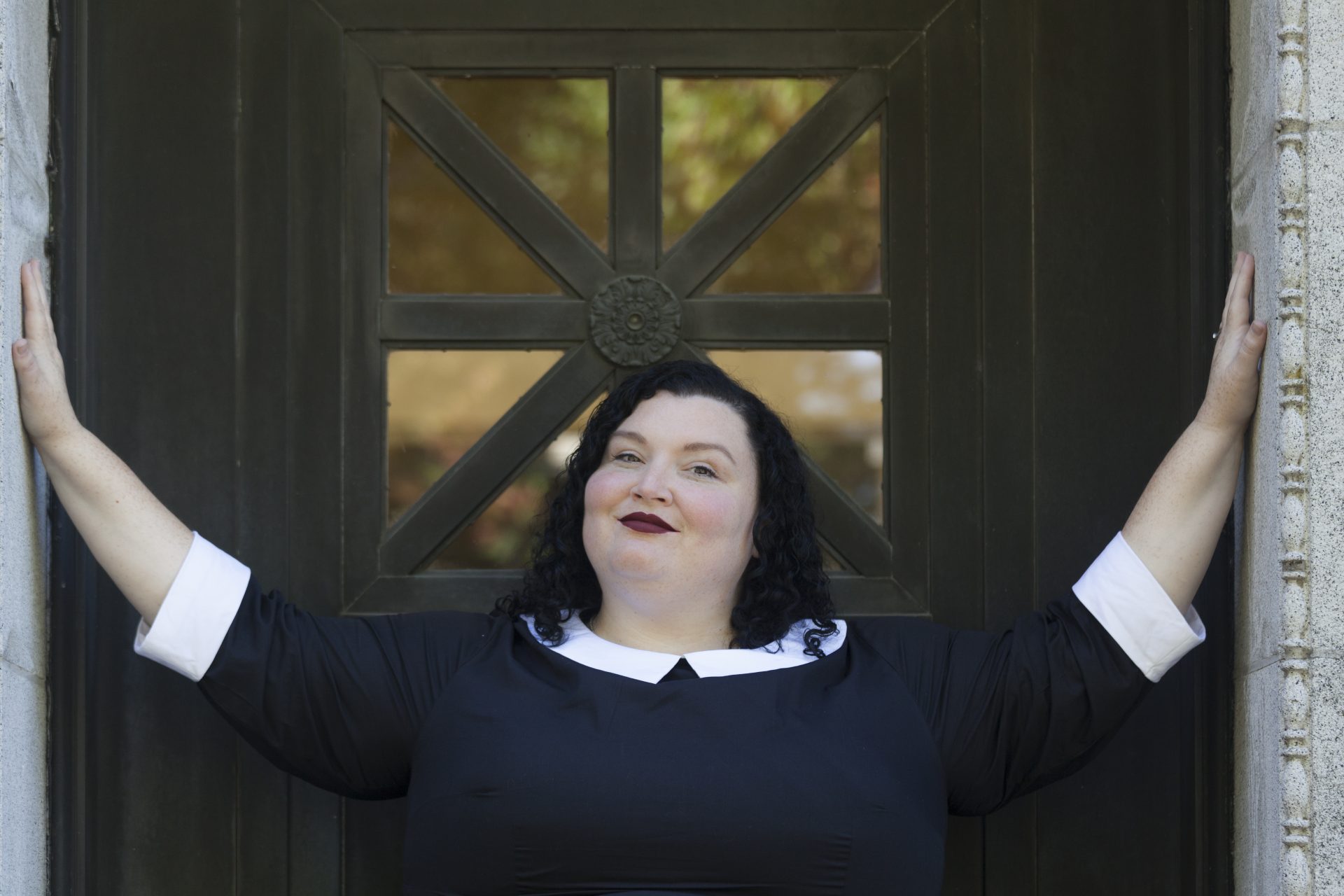 I pulled my hand back. We were walking the historic Bonaventure cemetery in Savannah, surrounded by some of the most famous gravesite statuary in the United States. I had already been told not to tread on graves, not to pick flowers, and not to grope the gorgeous, smooth marble figures.

I really wanted to touch the moss.

It’s beautiful ghostly gray-green, hanging from every tree like a tattered veil. It looks better here in the cemetery than it does in the dreamy, manicured squares at the center of the city. But it grows everywhere, whether it belongs or not.

I was a total outsider in Savannah. Everything I did marks me as a Californian, from my accent to my clothes to everything that spills out of my mouth when I open it. I didn’t pack any bug spray and I didn’t know how to maneuver a lunch menu that consists of various choices for “meat and three.” So I looked for ways in.

Hestia, the nomadic residency program that brought me here, opened the doors. Hestia’s logo is a lantern and the longer I’m here, the more sense that makes. The name comes from the Greek goddess of the hearth, but home isn’t something you can carry with you. Not exactly. But you can light a lantern from the fires of home and bring your warmth and light with you. So they do.

They lifted up that lantern and show me a spectacular treehouse in the woods, run by the nicest people I could have hoped to meet. They led me to a welcoming, beautiful bookstore called The Book Lady, which hosted me as an author and gave me a place to sign books and meet new readers. They introduced me to a muralist and a poet/musician who are so talented it rattled my cage, and made us into sisters for a couple of weeks. They showed me a good time in dive bars, which is the best way to get to know any city in America.

The Hestia Residency did this neat trick of putting the city of Savannah into my palm, but also putting me in front of the eyes of the city. The organizers threw us a beautiful gala in a deconsecrated church and let us thank our hosts with our art. They took us on outings like a tour in a hearse to get to know the dead under the city streets, but they also left me enough time to work on my novel and soak up the ghost story vibes on the streets.

I would never have picked Savannah off a list of destinations. I would have said even a year ago that I don’t know if a residency is the right kind of workspace for me. On the far side of this one, I have pages of work and days of wonder. I have pictures that make it look like a vacation and receipts for books I’ve sold that make it clear I have been at work.

At the final gala, a local installation artist built us a gorgeous, impossibly tall indoor sculpture made of that Spanish moss. She and her helpers clearly didn’t worry about touching it at all. The effect is spectral and stunning and so very Southern. The bugs, like many of the warnings I got before heading down into the south, turn out to be only half-true.

I snatched the moss out of the trees and made it into a crown for myself. I found a way in. I wrote my way out.

Thank you, Savannah. Thank you, Hestia. I am following the light in the window to find my way home.

One thought on “Hestia Residency: Savannah 2018”