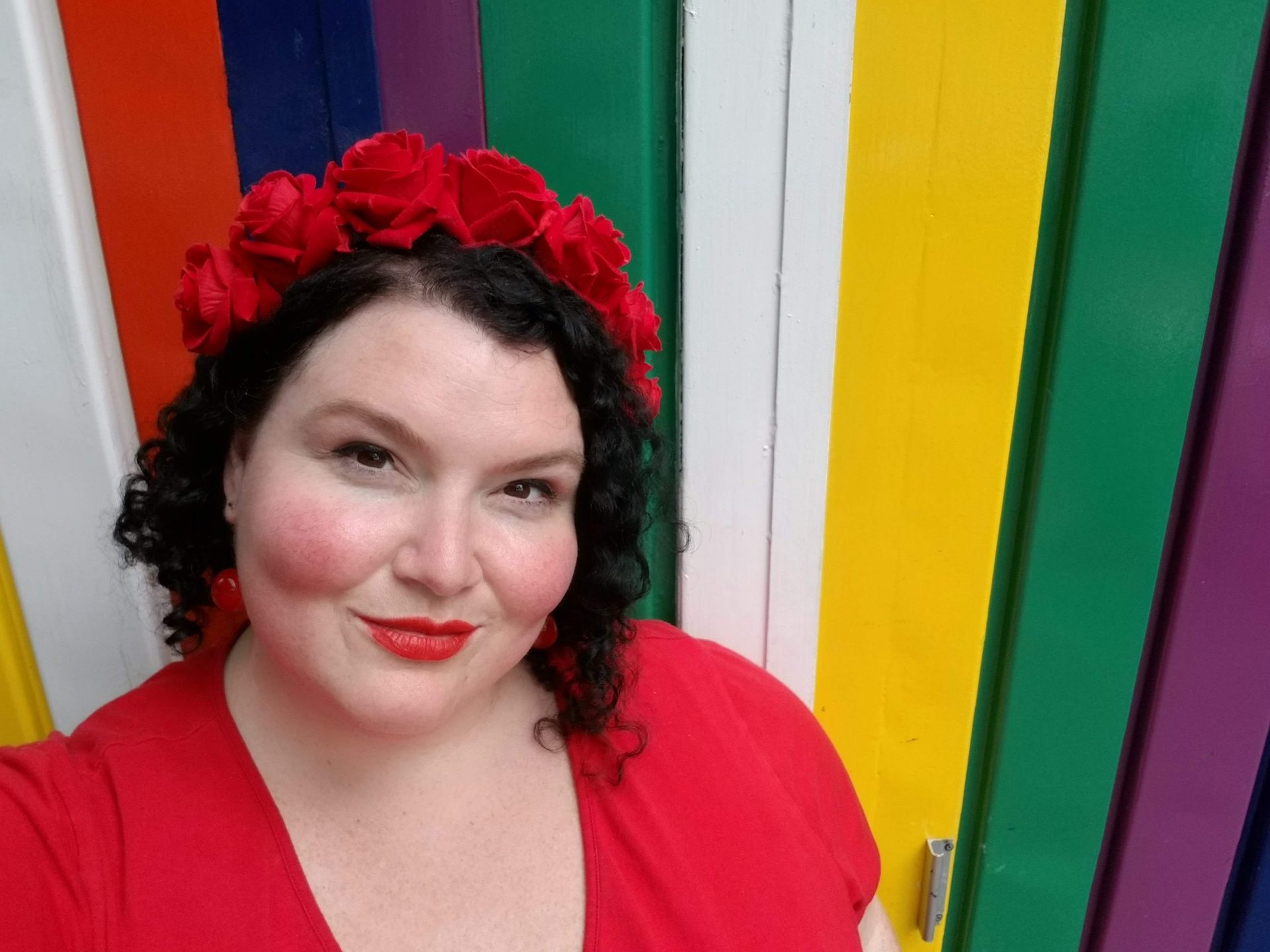 I know it’s been an absolute garbage fire of celebrity deaths and regular deaths and celebrity TV presidential elections. I’ve experienced the grief and terror of all that, too. However, I’ve also written more, published more, traveled more, and gotten closer to the mountain than I’ve ever been before. The image that comes to mind is that ubiquitous 2016 dumpster fire gif, but I’m sitting off to the side, roasting marshmallows over the flames. I don’t mean that in an insensitive way, but that’s where I’m at. To recap:

My debut novel, The Book of the Unnamed Midwife, winner of the Philip K. Dick Award was re-released in October. I also sold my sequel, The Book of Etta, which is available for pre-order now. I’ve been a published author since 2014, but this year I felt like a real, actual professional author. Some of that is interviews and podcasts and being on television, and some of that is just deciding that this is it.

Midwife received a starred review from Publisher’s Weekly. So did Etta. Midwife was named one of the best books of the year by PW, and then by Amazon. Etta was named one of the 10 best forthcoming novels. I signed books in San Francisco and New York. I spoke at my community college, MSJC, and my alma mater, UC Berkeley. (You’re seeing the marshmallow thing, right?)

From my signing at @powerhousearena in DUMBO. I read from #TBOTUM, and then bonus-round read my piece from McSweeney's. All their copies are signed, if you missed me in NY and want to get one there. #amwriting #author #autograph #sciencefiction #scifi

I also sold a healthy handful of short stories. Here’s all the things, in case you don’t obsessively follow me on the internets and you would like to be entertained:

I have a couple of other sales forthcoming in 2017 that I can’t talk about yet. Stay tuned.

IT'S ME IN THE THING #amwriting #audiobook #author #freakingout

I wrote a lot of essays this year, since there was no shortage of things to be either enraged or enthralled about. (That’s the sum total of feelings we all had this year, right?)

I also wrote a piece of satire for McSweeney’s about what it would be like if women wrote men the way men write women. This is probably the most widely read I’ve ever been, and has gotten me the weirdest fan mail I’ve ever seen.

All of this happened this year because I worked my ass off, and my friends and family and readers have shared my work and recommended my book and helped me get my stuff out there. Thank you for the marshmallows. It’s been one hell of a year.

If you missed out on some of this, or if you’d rather the internets came to you, subscribe to my newsletter. I have one of those now.